10 years of VVV-Spetstekhnika. Summing up the results. 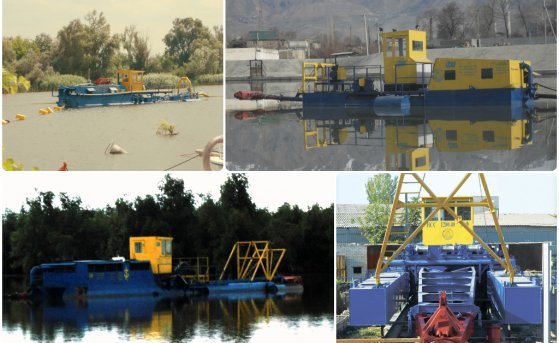 Enterprise VVV-Spetstekhnika was founded in 2006 in Kherson, Ukraine. The first year of work was devoted to the selection of qualified specialists and to the development of projects for future implementation in life.  In late 2008, was released the first dredger with capacity of 400 m3/h for the customer from Ukraine. In the state of the company at that time were 8 people.

The first model of the dredger to meet the expectations of the customer, so in the next year by the same client entered another order on the dredger. Over the next few years the company has gradually gained popularity in Ukraine and CIS countries - Russia and Belarus.

Initially the company produces five types of dredgers with different performance in the most simple modifications without any additional functions. Just machine, just for dredging. There were times, when in producing of new model something happened not so smooth as it should be. Then workers of  VVV-Spetstechnika arrive on site of operation dredger and correct all identified deficiencies. Such moments are taken into consideration and future models of dredgers became more perfected.

In 2010, was signed the first contract with customer from far abroad - from Nigeria. And in the end of year  the first dredger of VVV-Spetstekhnika was shipped to Africa. Then it was followed by orders from the Democratic Republic of the Congo, Martinique and over again from Nigeria.  Next years - Kazakhstan, Uzbekistan, Lithuania, Belgium, Rwanda ant other.  Moreover companies from Ukraine, making sure in qualitative of dredgers manufactured compatriots have also become regular customers dredges HCC.

Meanwhile, the company's staff was increased, joined by new professionals, have been developed more complex projects. In 2012, the company received a certificate of quality management system - ISO 9001: 2008, № 31-351-12. Greatly increased range of manufactured equipment. The models became more functional and competitive with similar models of Western European manufacturers. There were cases when customers after receiving a dredger, asked: "Is it made in Ukraine"?

In addition to the positive assessment of clients activities of the company was also evaluated in the national financial ratings:

- 07.06.2012 - "VVV-SPETSTEKHNIKA" included in the Register of Ukrainian enterprises, financial condition proves their reliability as a partner in the business in Ukraine and abroad, № 65-5.

- "Industry Leader 2012" - According to the results of a unified national rating program leaders determine the real economy, "National Business Rating" and on the basis of official data of Statistics of Ukraine;

- "Enterprise of the Year 2012" - According to the results of the International Economic Rating "LIGA of the Best," according to the official data of Statistics of Ukraine (on system European Rating Standard) took second place in Ukraine among the companies involved in the construction, modernization and repair of ships.

- "Industry Leader 2014" - According to the results of a unified national rating program leaders determine the real economy, "National Business Rating" and on the basis of official data of Statistics of Ukraine.

Despite the economic crisis in the country in 2015, a young company continued its operation. Have been performed all taken orders. Have been signed contracts for the production of new equipment.

In 2016 the company VVV-Spetstekhnika will celebrate 10 years of its activity. State of employees has grown to 30 people. Size of the production area has increased by five times. During the work it was made more than 50 different models of HCC dredges that operate in 15 countries. Among them - suction dredgers, gold dredgers, sludge dredgers and other. 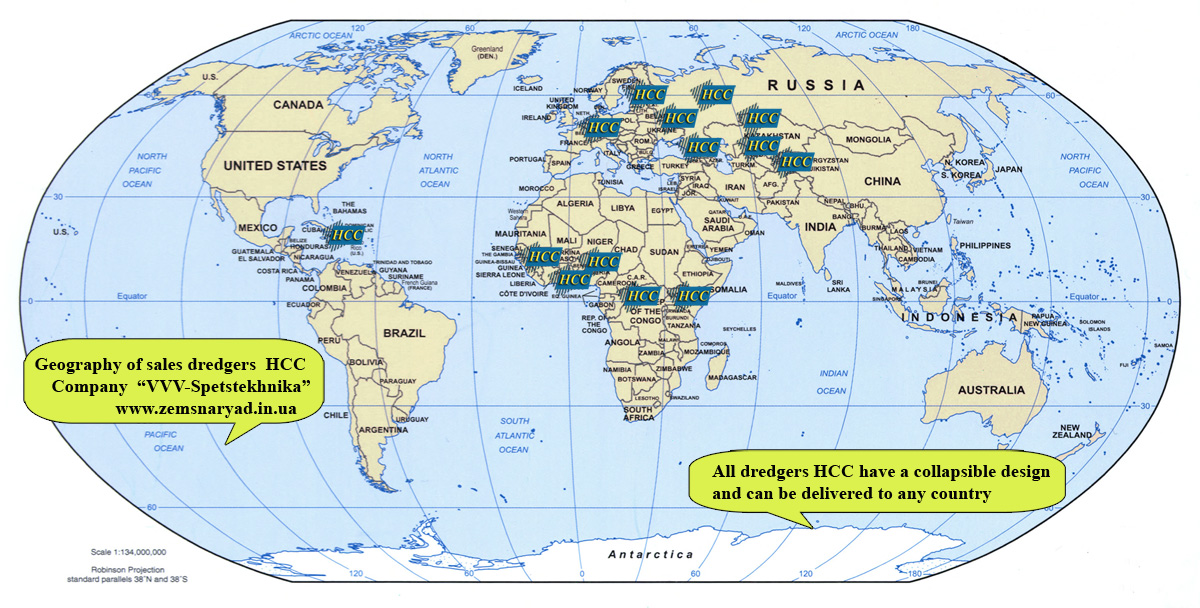 Today, model range of dredgers is presented in 11 major series of 64 modifications that allows offer to our customers the most satisfying dredgers to their needs and objectives. At the same time possible to develop a special project and production of equipment considering industry of the customer’s enterprise. Dredgers HCC have different productivity – from 15 m3 per hour to 650 m3 per hour of the soil, depth of the development from 0,5 to 5…22 meters from water surface. Suction/discharge parameters of dredgers: from 4’/2’ to 20’/18’ among the model range. All dredgers HCC have a collapsible design and can be delivered to any country.

The plans for the future - to expand the geography of sales, the opening of new markets. Therefore, the company is always open to mutually beneficial cooperation with relevant enterprises and institutions. We also invite to cooperation  experienced agents who can represent our  products in different countries.

And in the end:

Message to our customers: Thank you for choosing of our dredgers.  We wish expansion and prosperity for your business!

The message to potential customers: purchasing  HCC dredger  you get high-quality equipment at the best price, warranty and service support . Contact us to learn more details and specifications.

The message to investors and entrepreneurs: Dredgers HCC - a great tool for capital increase, as the cost of the dredge HCC  in African markets grows at least 2-3 times in comparison with the initial cost in Ukraine. Contact us and find out more information.